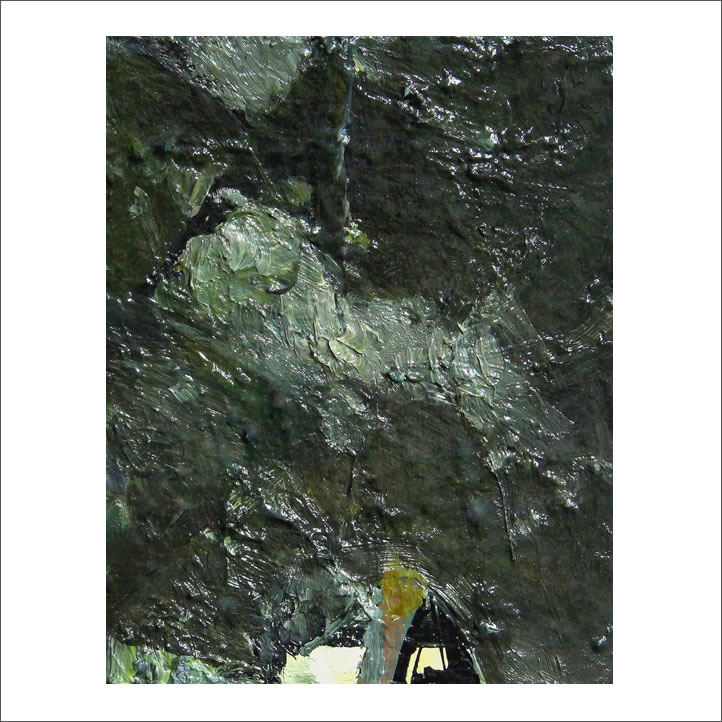 A painting is immobilised time, with the stillness of the object of painting serving to disguise the temporal nature of the processes by which a work is constructed. Yet a painting’s surface is built incrementally, and in its stillness offers clues to what it has been—perhaps the only clues to what, in essence, it is.

Prior to painting this work, I’d camped a number of times in Snowdonia, which almost certainly brought the motif of the tent to the fore. Yet the painting is a composite of elements, a moment in a story: an event. An illuminated windbreak describes the tent’s insides, and two bodies, together clinging. The sky, as physical, material presence, extends to the front of the painting on the right of the tent and to a mound of earthy greyness on the left. An indeterminate dark lengthens vertically above the cloud, which hangs and waits.

I was born in Birkenhead and studied in Liverpool and Manchester. I am currently pursuing a PhD in Painting at The Royal College of Art. I have been the recipient of awards including: The Hunting Young Artist of the Year (RCA, 2000), The Gilchrist Fisher Award (RH, 2004), Alumni (LJMU, 2005 – shared), First Prize: The Wirral Open (Williamson, 2011) and The British Institution Award (RA, 2015). Publications include: Tom Palin: Artist Statements 1993-2012 (Workshop Press, Leeds).