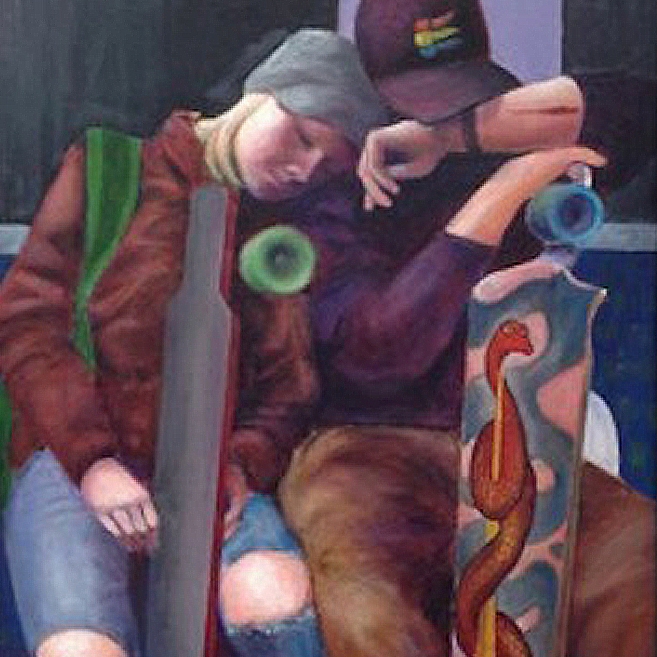 I was born and spent the first 40 years of my life in Canada, Toronto. In 1980 I moved with family to London. For the past 10 years I have enjoyed a strong relationship with the Wirral, finally moving permanently a year ago.

In the early 60’s I graduated from the University of Toronto in law. I joined the Canadian television network TVO as a lawyer, but ultimately became a full time producer, director and writer. I started my television career in England making a substantial series for Channel 4. I continued to the mid-90’s making numerous programmes, both broadcast and video.

With two partners, I participated in the establishment of a publishing company dealing mainly in visual imagery. Amongst my other duties, I became hands-on with graphic design.

I have always drawn. My first life class was almost 60 years ago. With starts and stops, drawing and painting has continued to now. In London, I was a member of the Ealing Arts Society.  I now have a studio in my home in Noctorum where I spend all my time as an artist.

I live with my wife Jane who is a psychotherapist.