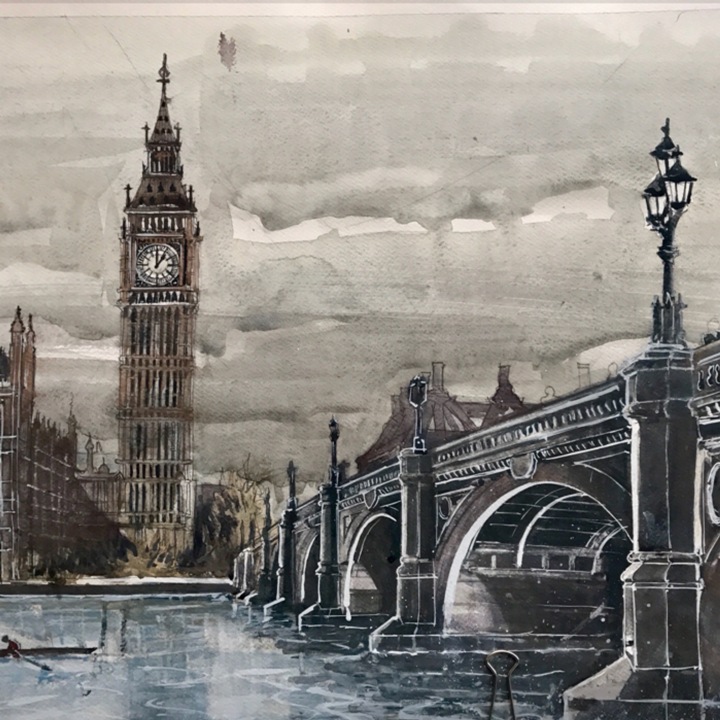 Phil is a Chartered Architect, he studied locally, attending Liverpool Polytechnic, which became Liverpool John Moore’s University where he gained both degree and post graduate qualifications in Architecture and went on to become an elected member of the RIBA in 1994.

Phil has had no formal art training, he was first introduced/excited by art when watching his Grandfather, Albert Paul, a local artist from Higher Bebington who regularly exhibited his art work in the locality back in the 1970s & 80s.

Phil has had some minor competition success, having been shortlisted in the Jackson’s Art competition 2017.

For Phil, the starting point are the buildings, which form the heart of the composition, the scene is then all about capturing the mood and atmosphere,

Working mostly in watercolour primarily, it’s all about the timing and application of the pigment but Phil is also happy to work with oils as time permits.