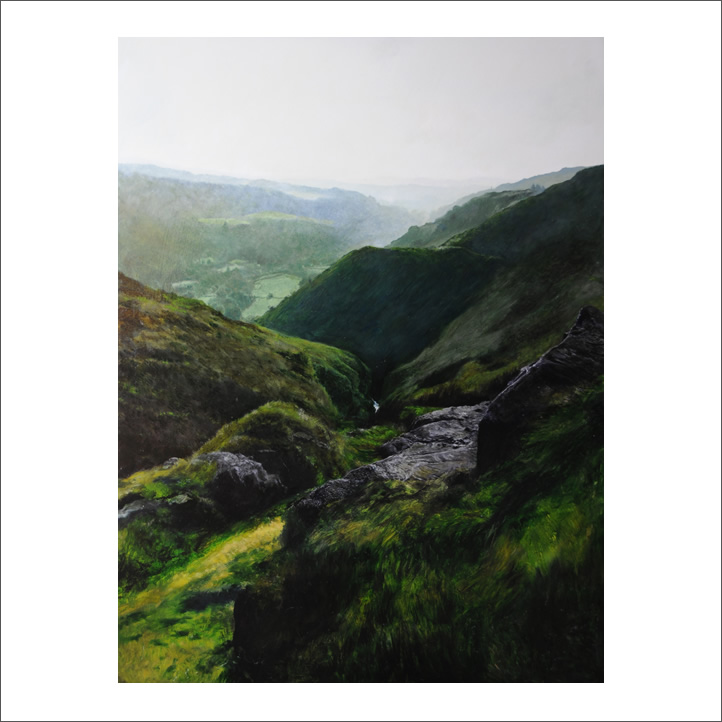 Years ago, when I was around fourteen years old, I spent a summer day on a hillside in North Wales  painting what I could see before me. It was one of the most magical and significant days of my life.  After attempting many and varied types of art over the years, I have returned to that simple approach. So the landscape of North Wales has become my main painting subject.

Harry Robertson believes that his work fits well within the British tradition of landscape painting, and many of the painters who have worked in Wales, such as Wilson and Turner, have always inspired him. Harry has produced some paintings which are purely landscape, and others which include people.

My other painting heroes include many of the great realist painters of the past, but in particular I love such artists as Gerard David, Memling, Vermeer, the Russian Realists, the 19th Century Liverpool School, and Daubigny.

The concept is simple, the execution complex. The concept is to honestly depict what I see, with as little artifice as possible. As to execution: after a period of research and planning, (which may include compositional aids such as geometry or Photoshop collage and manipulation), I tend to work by building up a painting in successive layers. The first underpainting is usually made with very thin diluted paint and broad brushwork, indicating the broad tonal and colour masses of the composition. Then there are subsequent layers where the image is worked into and drawn more and more clearly on each successive layer. Then eventually a final layer where any necessary adjustments and additions of details, textures etc, are completed. The ‘iterative’ process. It sounds slow.  And it is.